The word Ramgarhia is composed of the terms Ram (God) and Garh (fort). Hence the adjective Ramgarhia means Custodians of the Castle of God, the fort which was the headquarters of the family, the history of which is given hereafter, was named Ramgarh. This name is also given to a Bunga (mansion) and a Katra (a large portion of the city) both of which are situated on the eastern side of the city of Amritsar, the history of the each of them is given in the sequel. As a rule of Sikhs who belong to the same clan as the Ramgarhia frankly call themselves Ramgarhia's and generally they are the most orthodox disciples of the Guru. In respect of martial qualities also they are second to none in the Punjab. In their veins runs the blood of their mighty forefathers and martyrs, Their frames possess the indomitable spirit of Sardar Jassa Singh Ramgarhia, one of the greatest generals that the soil of the Punjab has ever produced. 'The Great Lion of the Punjab, who had more occasions than one to experience the strength of the Ramgarhia blows, acknowledged their superiority and had so much love for this name that he proudly gave the name Ramgarhia Brigade to a brigade of some of his bravest horsemen. The martial spirit of the Ramgarhias was maintained even by the British Government. In the military atmosphere the Ramgarhias have the honour to share up to this day, with their Sikh brothers, the topmost position among the Brotherhood of Lions.

Up till now the Sikhs were without any fort of their own. The Dal Khalsa assembled at Amritsar and mooted out the question of building a fort. Sardar Sukha Singh Kalsi, a great Sikh leader of Mari Kamboki, proposed that the fort should be built at Amritsar near Hari Mandir Sahib. Sardar Sukha Singh also belonged to Ramgarhia clan. His proposal was accepted and this task was entrusted to Sardar Jassa Singh Ramgarhia who built Ram Rauni (Fortress of God) on the eastern side of Amritsar in the vicinity of Harmandir Sahib.

Gurdwara Ramgarhia Sabha @RamgarhiaSabha
21 hours ago
Maharaja Jassa Singh Ramgarhia (1723-1803) was a prominent Sikh leader during the period of the Sikh Misl's (or confederacy). He laid down the foundation of the Khalsa Raj. emerging as the Commander of the Ramgarhia Misl. https://t.co/5B0sAzOVJu
View on Twitter 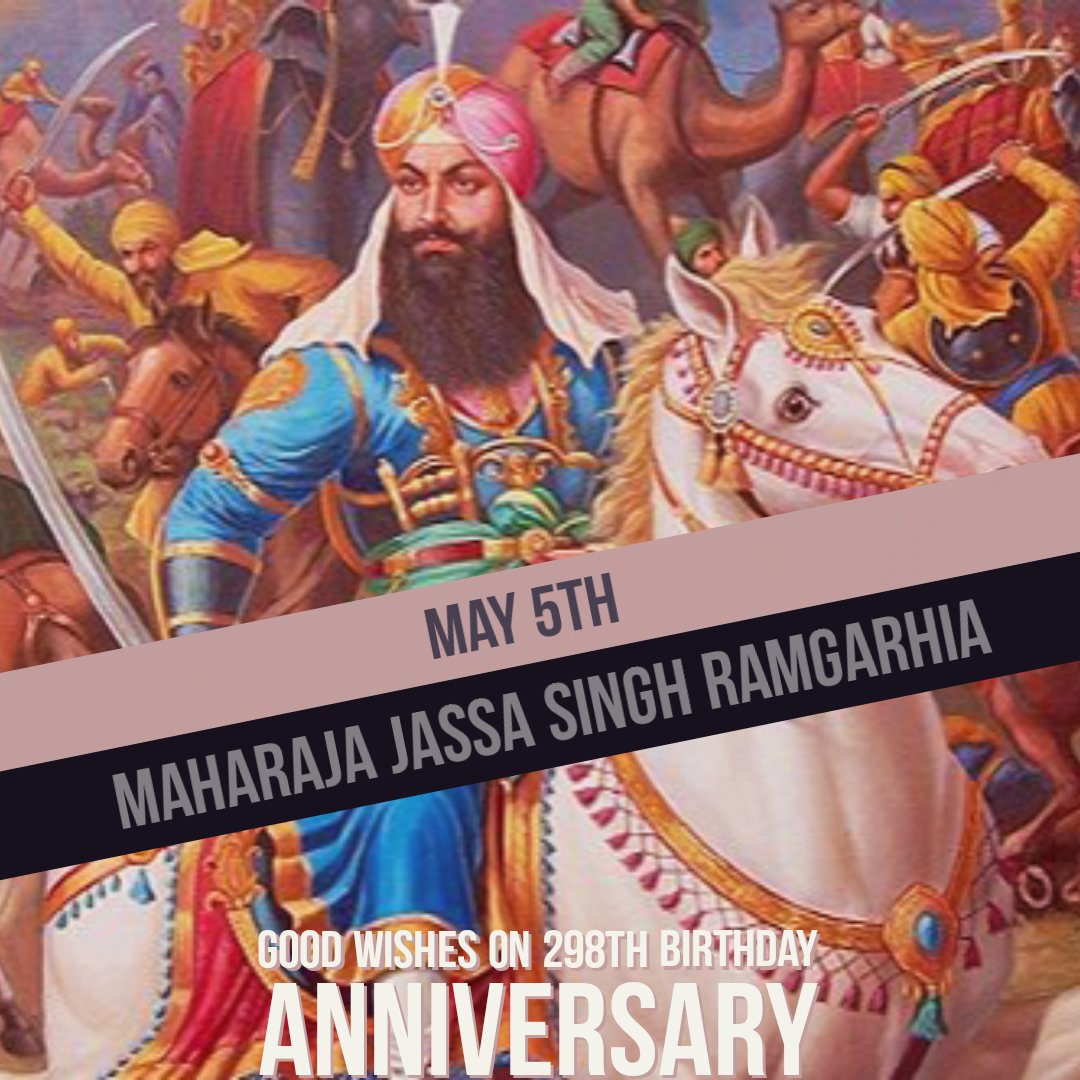